The world of 1975 was very different. Back then, negotiation was barely understood and rarely studied. As one of our founders recalls: “My employer gave me no guidance or training on how to negotiate. I had to learn by trial and error.”

Changing times demanded a fresh approach, so Scotwork’s pioneers had a groundbreaking idea. They analysed thousands of hours of negotiation, revealed common behaviours and distilled their findings into a universal eight-step framework. This was the seed of the Scotwork negotiation course that went on to train over hundreds of thousands of people.

Over 45 years later, we have grown into world-class negotiation specialists, with offices in 46 countries delivering negotiating consultancy and training in 29 languages.

By inspiring people and businesses, we give them the control and confidence to become great negotiators

Everything we do is geared to making our clients more profitable, competitive and successful

To transform the way the world negotiates

To give our clients the most impactful negotiation training, advice and coaching

How we meet your needs:

We deliver the process, skill and confidence to keep you in control

Rigorous focus throughout your journey (before, during and after)

Measuring and delivering industry-leading ROI since 1989 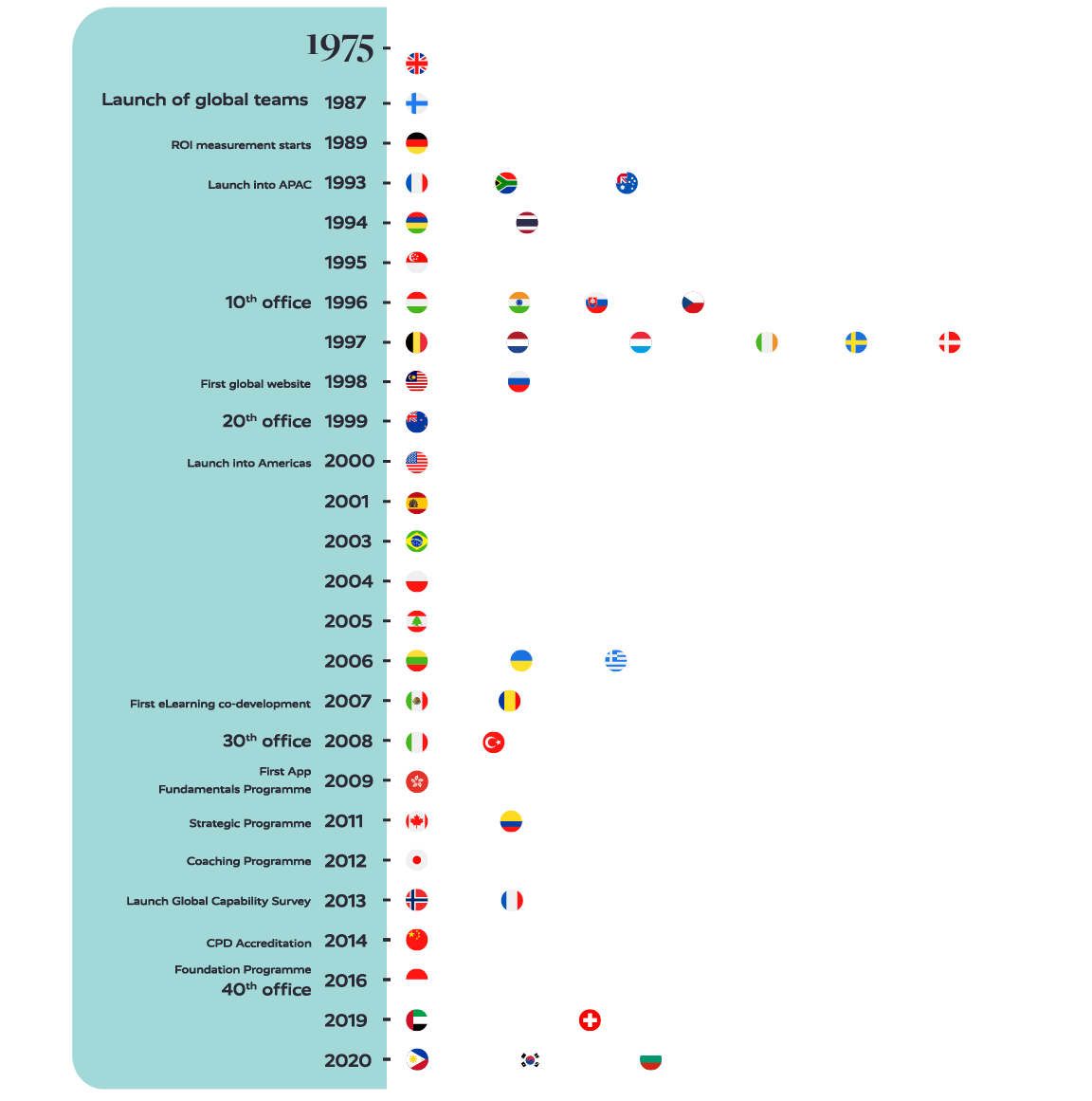